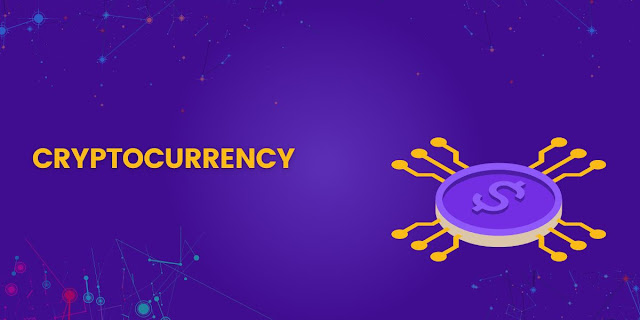 A cryptocurrency, crypto-currency, or crypto is a digital currency designed to work as a medium of exchange through a computer network that is not reliant on any central authority

Its digital ledger is a computerized database using strong cryptography to secure transaction records, control the creation of additional coins, and verify the transfer of coin ownership.

So, Cryptocurrency is a decentralized medium of exchange having cryptography that is used for verifying and facilitating each transaction. And the mode of exchange runs on the blockchain technology that lends the current decentralized status. It is a shared public ledger that contains all the transactions that have ever taken place within a network.

How does cryptocurrency works?

According to Satoshi founder of Bitcoin, Cryptocurrency is a peer-to-peer cash system and does not require a central authority. A cryptocurrency is a tradable digital asset or digital form of money, built on blockchain technology that only exists online.

Cryptocurrencies use encryption to authenticate and protect transactions, hence their name. There are currently over a thousand different cryptocurrencies in the world.

1. Architecture: Decentralized cryptocurrency is produced by an entire cryptocurrency system collectively, at a rate that is defined when the system is created and which is publicly stated. As of May 2018, over 1,800 cryptocurrency specifications existed.

Miners use their computers to help validate and timestamp transactions, adding them to the ledger by a particular timestamping scheme. In a proof-of-stake (PoS) blockchain, transactions are validated by holders of the associated cryptocurrency, sometimes grouped in stake pools.

2. Blockchain: The validity of each cryptocurrency's coins is provided by a blockchain. A blockchain is a continuously growing list of records, called blocks, which are linked and secured using cryptography. Each block typically contains a hash pointer as a link to a previous block, a timestamp, and transaction data.

3. Timestamping: It is proof of work. Cryptocurrencies use various timestamping schemes to "prove" the validity of transactions added to the blockchain ledger without the need for a trusted third party.

4. Mining: In cryptocurrency networks, mining is a validation of transactions. And miner gets an incentive as well as rewards for processing crypto coin transactions.

7. Anonymity: Bitcoin is pseudonymous rather than anonymous in that the cryptocurrency within a wallet is not tied to people, but rather to one or more specific keys (or "addresses"). Thereby, Bitcoin owners are not identifiable, but all transactions are publicly available in the blockchain.

What is BS IV

April 02, 2020
India has been following the European (Euro) emission norm, through with a lag of 7 years. BS4 norms are applicable in the most of cities in which required grade of fuel is available and rest part of the country still conforms to BS3 standard. On 29 March 2017, the Supreme Court banned the sale and registration of vehicles which were not compliant with BS4 norms. Some facts about BS3 & BS4 Although Indian automobile manufacturer had 8,24,275 BS3 vehicle inventories which market value had Rs.12,000 crore. Out of these 96,724 was a commercial vehicle, 6,71,308 were 2 Wheelers, 40,048 were 3 wheelers and 16,198 were passenger cars.  There was a need to invest Rs. 40,000 crore for upgrading BS3 standard fuel to BS4 standard fuel. Automobile manufacturer invested an additional Rs. 30,000 crore in two-component diesel particulate filter and selective catalytic reduction module. BS4 petrol and diesel have only 50ppm of sulfur as compared to 150ppm for petrol and 350ppm for die
Read more